Women In Tech: Forward To Parity 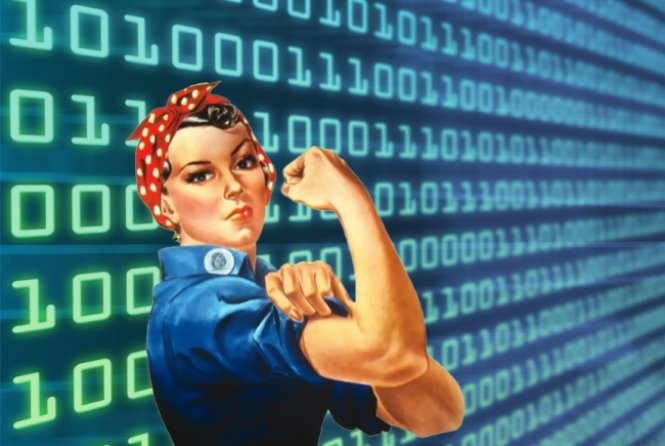 March 8th, 2018 marks the one-hundred-and-ninth commemoration of International Women’s Day, a global day celebrating the social, economic, cultural and political achievements of women. For some reason that I can’t quite put my finger on, a day celebrating women seems extra relevant this year, especially given this year’s International Women’s Day theme:

With the World Economic Forum’s 2017 Global Gender Gap Report findings telling us that gender parity is over 200 years away — there has never been a more important time to keep motivated and #PressforProgress. And with global activism for women’s equality fuelled by movements like #MeToo, #TimesUp and more — there is a strong global momentum striving for gender parity.

Gender parity in the tech community is an issue that’s been on our minds lately, because we as an industry are pretty terrible at it. A recent article from the CBC notes: “… women comprise 13 per cent of the average Canadian tech company’s executive team while 53 per cent of firms do not have any female executives.” StatsCanada also notes: “Women represent the majority of young university graduates, but are still underrepresented in science, technology, engineering, mathematics and computer science (STEM) fields.” And as this Global News report also notes, “Women in the technology and Engineering fields are not less qualified but are disproportionately placed in lower, non-professional roles in Canada.” (Emphasis added.)

That’s why we’re taking International Women’s Day as the perfect excuse to highlight #WomenInTech. TextNow is committed to diversity, both in terms of our culture and as a smart business decision. We strongly believe that a plurality of voices will make for a better product, and a key facet of that strategy is to attract more women into technical roles. We’ve been proud to participate in recent events to help foster a more inclusive local tech community, such as Women In Leadership Laurier’s speed-pitch competition, and the local chapter of Technovation and their Technovation Challenge mentorship program.

Along the way, we’ll be hearing from such TextNow luminaries like our Chief Operations Officer Lindsay Gibson and Product Manager Kristina Taylor. We’ll learn about their experiences in the tech world, both with TextNow and elsewhere, and hear about how TextNow is working to nurture and promote women in tech.

So stay tuned, because there’s a lot more to come!