The 5 Most Irritating Christmas Songs 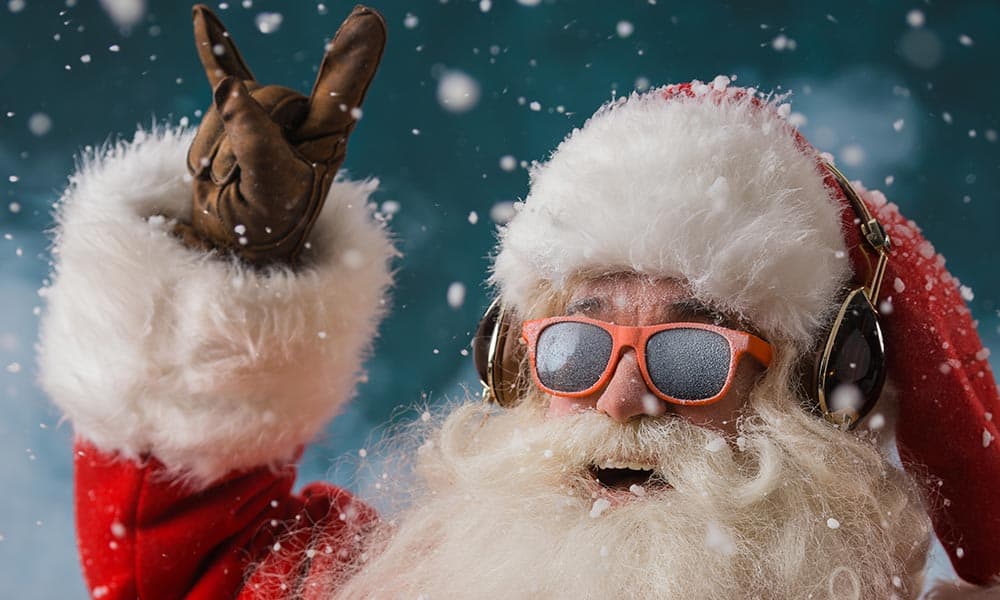 Ah, Christmas, a time for sharing, joy, and some truly terrible songs. And before you jerk a knee and tell me "But I LOVE Christmas music!" I ask you to look within your heart and ask yourself if you ever really need to hear Michael Bublé inexplicably add the lyrics "Santa buddy, a 65 Convertible too, steel blue, I'll wait up for you, dude!" to "Santa Baby"? I say no. No you do not.

But as head-scratching as Bublé is, he's hardly alone in the Irritating Christmas Song Sweepstakes. Here's a rundown of the 5 Christmas songs I --- and I bet you --- never need to hear again.

‍"Deck The Halls" by Mannheim Steamroller

‍According to their Wikipedia entry, Mannheim Steamroller is an "American neoclassical new-age music group", which seems like a pretty wordy way to say "we don't know." I don't know what neo-classical is but based on the evidence of "Deck The Halls" it apparently means playing Christmas standards on a roomful of synths with their "cheese" dials turned all the way up. I bet Depeche Mode listens to this and thinks "jeez, tone it down a bit, fellas."

‍"Must Be Santa" by Bob Dylan

‍Yeah, you read that correctly. Who else would you associate more with Christmas than Bob Dylan, right? Here he drunkenly croaks out a celtic/polka (?) version of Mitch Miller's classic, sounding like a third-rate Pogues' cover band on an off-night. The video is hilarious, though with, with Bob Dylan dressed in what appears to be Tom Petty cosplay for reasons that are beyond me.

‍This one is so bad it might wrap all the way around back into being awesome, I honestly can't tell. Once you get over the stark realization that Twisted Sister released a Christmas record in 2006, some 22 years after they were even remotely popular, then you have to contend with the fact that this song is six minutes long, which seems too long by at least three minutes. But the kicker is when they crib the their own guitar solo from "We're Not Gonna Take It", and you suddenly realize that hair-metal melodies were just Christmas songs sped up.

‍"Simply Having A Wonderful Christmas Time" by Paul McCartney

‍Now let's get something straight. Paul McCartney is a musical genius. He's written more amazing songs than I've had hot meals, but "Simply Having A Wonderful Christmas Time" is NOT one of them. For one thing, it's barely even a song. Built around a bunch of tinny-sounding synths that I assume Sir Paul picked up at a Mannheim Steamroller garage sale, the music sounds like a placeholder that he was going to go back to and flesh out with, you know, something good. And Paul McCartney's preternatural gift for melody utterly abandons him here. It's the musical equivalent of wishing for a puppy and getting a pet rock instead.

‍There's annoying, and then there's Wham! As terrible as those other songs are, only one has started viral game — Whamageddon — a holiday game where you try to go as long as you can in the period between Thanksgiving and Christmas without hearing "Last Christmas". Which means if you clicked on that video link below you already lost (mwa-ha-ha!) Musically it's in that emo-heartbreak mode George Michael favored for his sappy ballads, and this is certainly one of the sappiest, compounded by lyrics like "A crowded room, friends with tired eyes / I'm hiding from you and your soul of ice". Man I hate it when my sad Christmas is ruined by ice-souled ladies. I really need to go to better Christmas parties.