Getting Personal With Giving Back 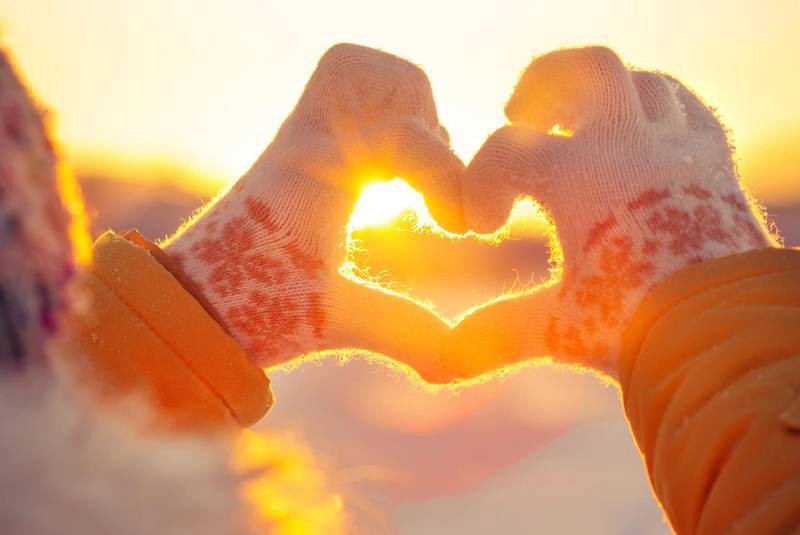 I can’t prove this, but I’ve always had a sneaking suspicion that, while the business world as a whole loves aphorisms and expressions, it’s the tech businesses that really go to town with ’em. My guess is that as technology is buzzword crazy on its own, mixing technology with business isn’t an additional process but more of an exponential one, creating a cavalcade of expressions that quickly, inevitably, dissolve into clichés.

We don’t serve our customers — we empower them. People don’t have time — they have bandwidth. The fact of the matter is, as we break down silos in our new paradigm shift, we must touch base to push the envelope and leverage our assets to move the needle and grab the low-hanging fruit. That’s the only way to think outside the box!

‍I could, sadly, go on. But while clichés are gonna cliché, they only really get to the stage of being practically meaningless when a company doesn’t actually embody that particular value. Take “thinking outside the box”, a phrase so overused it was referenced in commercials for Wendy’s hamburgers. If a company uses “thinking outside the box” to refer to, say, changing the color of their logo, it becomes a completely empty phrase within that company. But if a company really does foster a culture that encourages lateral thinking on every level, then the cliché isn’t a cliché at all — it’s a truism. An axiom. A given.

At TextNow, thinking outside the box is a given. Our entire business is built on — watch out, buzzword incoming! — disruption within the wireless phone industry, stripping the concentration of power from the carriers and handing that power back to the consumer. So, naturally, when it comes to charitable giving, we maybe get a little… weird.

The classic company charitable giving goes like this: Somebody from HR puts out a cardboard box for donations — let’s say for the Food Bank. A couple of people put some cans of beans and maybe some dried pasta in it. Whenever somebody remembers, they bring it to the local food bank. It’s basically expending the smallest amount of energy possible while still being, technically at least, “charitable.”

At TextNow, we had a better idea. We had a company-wide potluck — not mandatory, but encouraged — where everybody brought in a delicious dish or a tasty treat. This fitted very nicely with our already existing company policy of everybody eating lunch together at noon, a little trick we discovered can really help with company unity and fosters better communication between employees who otherwise might not have much of a reason to talk to each other. We then took the food budget from that day for the office (about $400) and donated that to a local charity. It was, at the risk of using yet another cliche, a total win-win: we got to increase employee morale, we got to sample each other’s awesome culinary skills, and we raised more money to do more good than a donation box ever could.

Emboldened by that success, we continued to find “weird” ways to incorporate charitable giving in our everyday work life. Take McHappy Day, a thing that MacDonald’s Canada does every May 2nd where they donate $1.00 for every Big Mac sold. Logically, that means that the more Big Macs they sell, the more they give to Ronald MacDonald House and other children’s charities in Canada. So, equally logically, that sounds like a challenge.

Thus, the Annual TextNow Big Mac Eating Contest was born. For the past two years in a row, we buy a small pyramid’s worth of Big Macs and have a contest to see who can eat them the fastest. (For the record, I’ve come in second both years.) It’s a hilarious and dumb thing, but we get really into it, as this video will attest:[embed]https://twitter.com/TextNow/status/991778378649812992[/embed]In the end, we turned a fun team building exercise into a way to spread some good around the community.

Our pièce de résistance, our magnum opus if you will, was a truly epic company-wide initiative around a local charity called Toasty Toes, who do a drive every year before the cold weather hits to collect socks for homeless people. The first year we participated was 2017 and it was a good time — each of our departments tried to out-buy the others, and by the end we collected 1061 pairs of socks. Not bad!

And then we found out another company in town collected 1183 pairs. Their number was higher than ours, and if there’s one thing a company full of engineers understands, it’s numbers. Suddenly, this was personal. We knew we had to make it rain socks for next year.

Flash-forward to 2018 and we were ready. We divided into teams again, but the competition we felt was directed outward at these other companies that dared to have a bigger number. That shall not stand, we thought. We burned up Amazon servers ordering a truly absurd amount of socks. We trekked to Wal-Mart, Costco, and other sock-adjacent stores and cleaned ’em out. One of our particularly stalwart employees sourced a bulk supplier of socks — how I have no idea — and rented a van to pick ’em up in Richmond Hill at 5 o’clock in the morning.

By the end, we had gathered over 4200 socks, four times our previous year, and demolished the other companies who I shall not name because they know they lost so no real reason to rub it in it’s not really a contest anyway but if it was then we totally won.

So that’s our secret sauce, so to speak, about what works for us as a company. While we’re not exactly a startup anymore, we still have that startup mentality of healthy competition, which we funnel into giving back to the community. It’s been wildly successful so far, although I’m sure the Amazon algorithms are still trying to figure out why so many socks got mailed to our office.