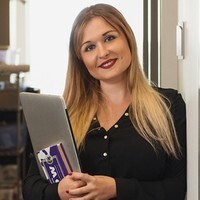 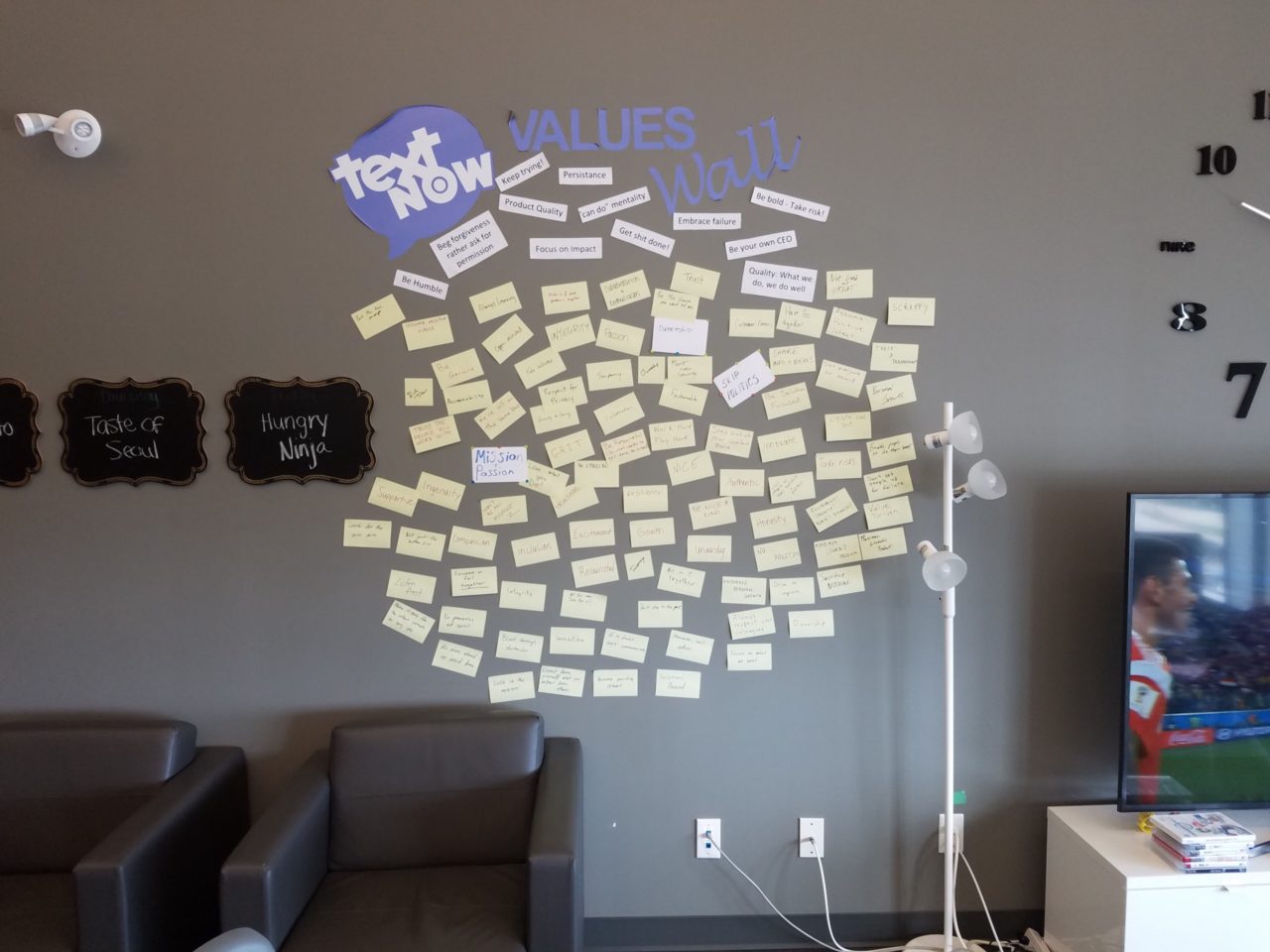 The Culture team at TextNow has a basic principle: In a company of one hundred people, all it takes is five bad hires to destroy a company culture.

That sounds weird but follow the logic. If a person interacts with twenty co-workers on a regular basis — something that is very easy to do at TextNow, as we’re a very collaborative company — then five people would more or less cover everybody in the company. And if those five people are poor cultural fits, then it’s all too possible to see how those five people (literally 5% of our workforce) can spoil the vibe of a whole company.

That’s how seriously we take our company culture here at TextNow, and why being a good cultural fit is one of the most important components of a successful hire.

But what exactly is a “company culture”? How does it start, and how does it grow?

Turns out these are pretty slippery questions. It’s a lot easier to talk about what a culture isn’t. Too many people, especially in the tech industry, think that if you put out a couple bowls of Smarties and get some Nerf guns for your engineers then viola! a company culture is born. Now, we have nothing against Nerf guns, but stuff like perks and snacks and toy weaponry are the icing. The culture — how your employees feel about the company, and about the work they do — that’s the cake.

And, like any cake, you start with the ingredients. Because another principle TextNow lives by is this: Culture comes from the people who work here. It doesn’t come as an edict down from The Powers That Be; culture is built from the ground-up.

So, our first step was to do an examination of values. We asked our employees — all of them, from the C-levels all the way down — to write single words that describe TextNow to them. It looked like this:

That’s when we got sneaky. We sent a cryptic email to our employees asking one question: “We have decided to relocate TextNow to Mars. To establish the business at Mars Base, we are sending you and three other people from the company. Who would you pick to come along?” That generated a load of responses. We sifted through them all until we found the people who were most often picked to lead TextNow Mars. We then asked those people to pick our values from the Wall Of Values. (Not literally — they didn’t just pluck a few values from the Wall and call it a day, but rather looked at each suggestion individually to come up with ten core values, which was then passed around to other C-level staff and stakeholders to consolidate and whittle down to their essence, finally arriving at our six Core Values.)

Sneaky, sure. But at each step, we ensured that these choices were made from the ground up. The values came from all of us. We all picked the people to choose the values, albeit in a roundabout way. That way we ensured the values we have as a company contain each individual’s voice, while still being true to the company as a whole.

From this exercise, we created our Core Values:

Incredible! We managed to capture our company culture from the ground up, by listening to our employees and codifying what they already knew. In other words, they sprung organically from all of us, and not as a top-down CEO directive.

The next challenge is arguably even harder: How do you keep your culture during a period of growth?

In our case, it’s by keeping the values front and centre for everything we do. We refer to the values during planning and sprint meetings and incorporate them into our company’s business goals. Our People & Culture team has developed programs (like our “Kudos” program) to celebrate when our employees do something great that supports our values.

But the biggest thing we’re working on is the Culture Manual, a guide for new and old employees that contains everything from the Core Values I listed above, to company guidelines with regards to our company culture, to customer and employee testimonials, and much much more. The Culture Manual will act as a document of our culture: what we hold to be important, what we expect from our employees, what the employees should expect from TextNow.

The Manual is the culmination of about a year’s worth of work from the Culture team. It’s also (as far as we know) a unique document in the tech industry of Waterloo, as we don’t know of any other companies locally that have anything resembling a Culture Manual. Considering the main component of any company culture is communication, and the utmost importance we place on culture here at TextNow, a Manual seemed like the most natural fit, and the best way to reinforce our belief that culture comes from the people who work here.

OK, that’s all great, but… what about the ducks?

They just started showing up a couple of months ago. They move around a bit, but so far they’ve appeared on our COO’s desk, on monitors, on coffee machines, and for a short time on a urinal. (That one got thrown out.) We have no idea who’s doing it, although there are many, many theories. Is it the San Francisco staff, smuggling ducks into Canada where, it should be noted, there are arguably already too many ducks? Is it the design team, because that kinda sounds like the sort of thing they’d do? Is it our CEO, Derek Ting, who himself is planting the ducks after-hours for his own obscure reasons?

So far, the mystery remains unsolved. But, if you’re wondering if you have an office with a strong culture and where people feel comfortable goofing around with each other, do what we do: Look for the ducks.