A Surplus Of Shovelware: A Look At Battery Saver and Anti-Virus Android Apps 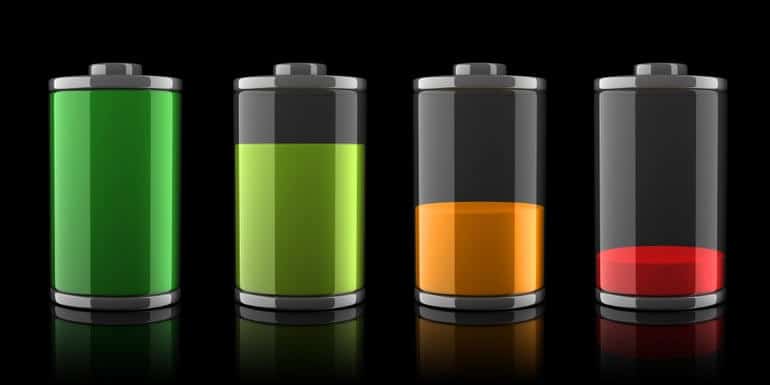 I’m going to throw a really big number at you. Ready? 2.8 million. As of 2017, that’s how many apps are available for download in the Google Play Store. Two point eight million. For a delicious analogy, that’s how many churros are sold at DisneyLand every year. And I think we can all agree that’s a lot of churros.

With so many apps available, it’s a cinch that not all of them are good. In particular, the Play Store is flooded with helpful-sounding apps that claim to save your battery life, protect against viruses, or other magical results. In the computer business, we call these types of apps

Some examples of shovelware CDs, making me suddenly nostalgic for Windows 95

‍shovelware, a term that originated back in the CD-ROM days to describe those cheap CDs you’d see at computer stores that had hundreds of free apps “shovelled” onto them without regard for quality.The really infuriating thing is many of those apps perform functions that are already available in your Android settings, especially if you’re using Android Marshmallow or Nougat. Here’s a few tips on how to adjust your settings to get the most out of your phone without having to rely on potentially-dodgy shovelware.

Smartphones these days are increasingly drawing more power from the battery for multitasking, haptic feedback and vibrations, Bluetooth and wifi signals (to use a few examples), and that’s even before we get into power-hungry apps like augmented reality or processor-heavy games.

What the shovelware battery saver apps will try to do to combat these power drains is to simply turn off the stuff your phone’s not using in the background, but as the battery-saving app itself has to be constantly running in order to do that, what actually happens is the battery-saving app can end up using more power than if you just let the background processes run normally.

Artist’s rendering of a dozing Android

Luckily the Android developers have been working on this. Starting with Android 6.0 Marshmallow, Android started including a built-in battery saver, including a feature called Android Doze that turns off apps automatically when your phone is still. (Android Doze isn’t a setting or an app — it’s literally built into the Android base code.) And with Nougat, things got even more detailed, with Doze being able to work even if the phone is in motion (like in a pocket or a purse), and a large expansion of the battery-saving features, including the ability to keep apps permanently off in the background until you decide to open them.

You can check out these settings in your main Settings app on your phone, under Device Maintenance > Battery. And delete those battery-saving apps while you’re at it, because Android’s got you covered.

‍Virus Bias: Virii, Android, And You

‍Probably the most poorly-understood aspect of modern computing by the average consumer is the notion of a “virus”. There are about a bazillion “anti-virus” programs available for Android, but here’s the dirty little secret about that: It’s pretty hard to actually get a virus on your Android phone. Android viruses — aka malicious code that can attach itself to existing programs on your phone to replicate itself for some nefarious purpose — are really only possible if you’re downloading things from outside the Play Store, which is not something I would ever recommend doing.

What is far more likely, however, is downloading malware onto your phone. Malware differs from viruses in that they are programs that look like a game or an app but are actually coded to do something malicious in the background, everything from collecting the data on your phone to opening up vulnerabilities to allow remote access to your device. In extreme cases they might even be ransomware, a type of malware that takes over your device and then demands a payment to the hackers to get your phone back.

Even more common are what’s known as phishing scams. You may have seen these pop up on your phone’s browser after going to a questionable website — a full page pop-up that says YOUR PHONE HAS BEEN INFECTED WITH SIX MILLION VIRUSES TAP HERE TO CLEAN IT or something similar. Of course, once you tap, they will try to download and install some malware to your phone under the guise of a “cleaner” program.

The problem is, anti-virus programs for Android don’t really help. They may alert you to a virus or malware, but the trade-off is they have to be constantly running which might slow down your device and drain your battery even more than the actual virus would.

So the key here is prevention. Luckily with Android you have to go pretty far out of your way to even be able to install a potential piece of malware. The two most important things to remember are:

What Have We Learned?

‍Hopefully a couple of things. One: so-called battery saving or anti-virus apps can often cause more trouble and slowdown than the thing they are ostensibly trying to prevent. And two: Don’t install things if you’re not sure where they came from.

If you have any other hints, tips, or requests for future articles, let us know by leaving a comment below.