A Guide To Hosting Online Get-Togethers 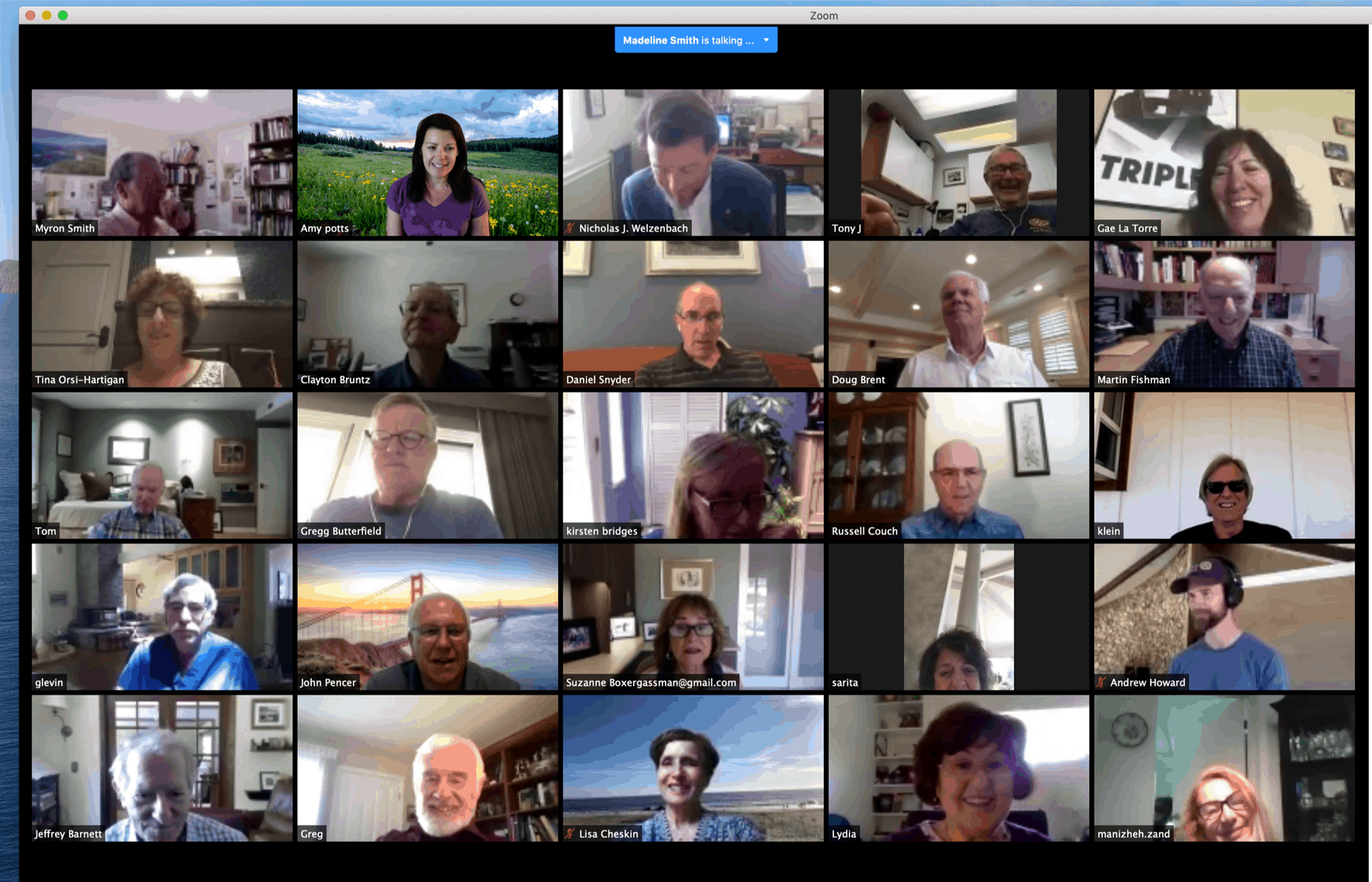 This year it'll undoubtedly be trickier to gather together during the holidays for some hang time, for obvious reasons. Luckily, though, there are options in 2020 to virtually get together, via the magic of technology. Here's TextNow's guide to hosting online get-togethers for some fun (and games!) during the holidays.

I'd wager dollars to donuts that only a handful of people ever had a Zoom meeting before 2020. Now it seems to be ubiquitous, and it even has a surprisingly good horror movie based on it. This ubiquitousness means Zoom is a good pick if you want to see everybody's face this year. If you have a browser and a web camera, you can high-tail it over to Zoom.us and sign up for a free account and get started in a couple of clicks. There's also Apple and android apps for your smartphone zooming needs. It doesn't cost anything to either host or join a Zoom meeting, so there's no reason to not give it a try.

But if Zoom ain't your thing, you can also check out similar services from Skype, Google Meet, and Microsoft Teams. Teams is more geared towards a work environment but integrates really well with Outlook Calendar which, if you have the memory of an amoeba like I do, can be pretty helpful. Google Meet (which replaces the old Google Hangout feature) of course integrates with Gmail and Google Calendar. And, most importantly, all of them are free!

Let's be honest, there are some movies that are just better with a group. What's better than you and a group of friends all freaking out at a horror movie together, or you and your pals trash-talking various Bachelorettes? Nuthin', that's what. There are a couple of ways to gather your posse together for movie or TV night:

The most obvious way is to have one person start a movie on their computer during a Zoom call, and then share the screen to the other members of the call. The advantage here is that only the person sharing the screen needs to have a subscription to the streaming service. The downside is the video quality of the playback over Zoom might not be great. On the plus side everybody can voice chat during the movie. Sadly, everyone will need to make their own popcorn.

What better to watch on Netflix Party than Billy On The Street?

But if video quality is important, your favorite streaming service almost certainly has unveiled their own version of having a virtual watch party - Netflix, Amazon Prime Video, Hulu, and Disney Plus all have ways to watch their content together. The downside is that everyone joining will need to have their own subscription to the streaming service you're watching. (But come on, who doesn't have a Netflix account by now? I'm surprised they don't give 'em out as Cracker Jack prizes.) The other downside is that none of these services offer audio or video chat while you're watching, but there's nothing stopping you from having your posse on a group text chat or conference phone call while you watch.

Listening parties have been making a bit of a comeback lately. There's a super-fun twitter handle called Tim' s Twitter Listening Party that has members of the bands join in on listening parties for their own albums, while they tweet various bits of info and trivia about the records--- so far, bands like New Order, Oasis, Blur, The Specials, and Mogwai have participated.

But if you're looking for a more private, non-Twitter-based listening party with your posse, then Spotify has you covered. Their Group Session feature (restricted to Spotify Premium users) allows you to invite your friends to listen along with you to a playlist, album, or even podcast.

There are literally hundreds if not thousands of multiplayer games you and your group can play together over the internet, for every possible type of gamer, far too many to comprehensively list here. Gaming consoles usually offer voice chat for multiplayer games, so you can mock your friends during Call Of Duty, and for you PC gamers there's Discord, a hugely popular app for group voice chatting during games (or during anything else for that matter.)

Who's up for a little Settlers Of Catan?

But what if you're more of an analog, pen-and-paper or board game player? Once again, the internet comes to the rescue. For boardgamers there's the fabulous Tabletop Simulator, which comes packed with 15 classic games (including Chess, for all you Queen's Gambit fans) and also allows you to create your own game space to play pretty much any board game you can imagine with your friends. And for you pen-and-paper role-playing gamers, there's Roll20, a wildly useful website that allows your gamemaster to host your D&D session online, complete with maps, virtual maps, and built-in voice chats.