A brief history of TextNow 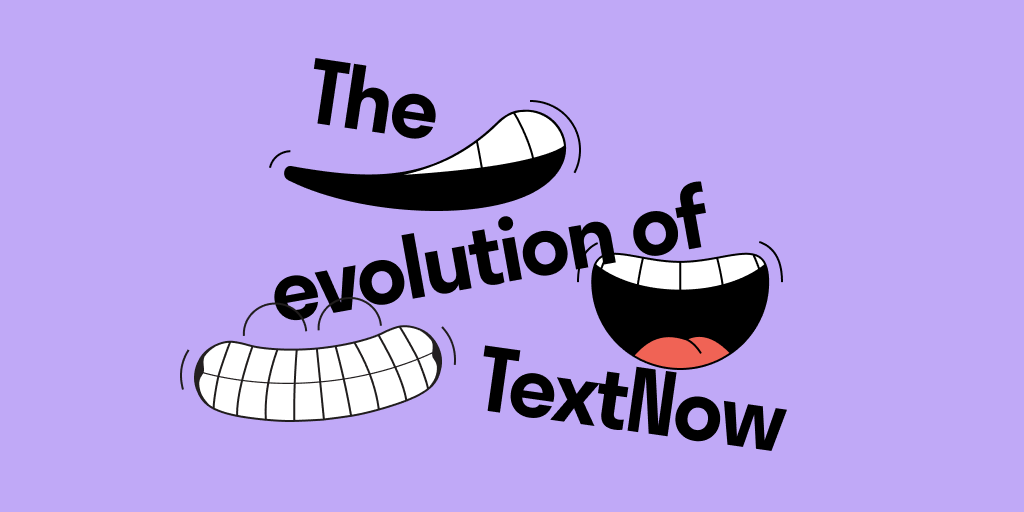 The year was 2009. Lady Gaga had an apparently unreadable poker face, Avatar played to packed theaters, and Mad Men taught a new generation to obsess about mid-century modern furniture.

And most importantly: TextNow was founded.

It’s been a wild thirteen-year ride (and counting) from a student apartment to the 200 plus company we’ve since grown into.

So in honor of TextNow turning old enough to enter the final year of junior high, we thought we’d look at some of the big milestones and fun accomplishments we’ve had along the way. Step into the Wayback Machine with TextNow....

2009: aka TextNow Year Zero. Founded by Derek Ting and Jon Lerner when they were still students at the University of Waterloo because they were tired of paying for texting and calling and decided to do something about it.

2010: Turns out quite a few people were sick of paying for texting and calling, as the TextNow app hits one million users.

2011: A big year for TextNow! We picked up a few million more users to top 15 million users.

2012: Our Android app is finally available in the PlayStore, so those iOS users don’t hog all the fun.

2013: TextNow takes its biggest business leap yet by introducing our TextNow Wireless service, making us the first ever full-service freemium wireless company – a fancy way of saying you could now use TextNow without WiFi, for a monthly fee.

2014: Launch of our patented Elastic Calling technology, which seamlessly switches calls between WiFi and cellular networks. No more dropped calls moving from WiFi to a network and vice versa. We also look beyond Waterloo to hire our first US employee.

2015: We introduce international calling to our platforms, and make TextNow available in two dozen countries outside the US & Canada.

2017: TextNow hits a mind boggling one hundred million downloads across all platforms.

2018: We grow to over one hundred employees in Waterloo, necessitating a move to 420 Hagey Blvd and the new Evolv1 building, Canada’s first net-positive carbon footprint building and officially the greenest building in Canada.

2021: We switch to our new, faster network, introducing a GSM SIM that is compatible with more devices, and officially hit 200 employees!

Whew! Like I say, it’s been a wild ride. If we’ve managed all that in 13 years, imagine what the next 13 will bring. You should come along with us and find out!