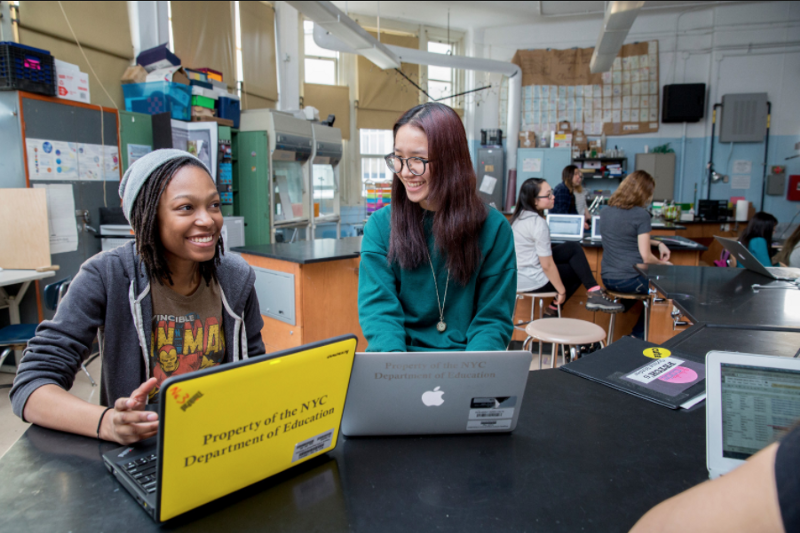 “It is no secret that women are highly underrepresented in the technology industry.”‍

That’s the opening line of the WILL X TML Speed Pitch Competition which took place at Wilfrid Laurier University on January 27th, 2018. And that is the issue that this speed pitch competition, hosted by HP Inc, was looking to solve.

Prior to this competition, we had begun to look inward at our organization, and noticed that, while we employ an equal-opportunity policy, the raw numbers did not exactly align with it. That’s not to say that we intentionally turn away women as a company, but rather the conversation around this issue should encompass the tech industry as a whole and the limitations that women face when considering entering the workforce.

So, in true TextNow fashion, we decided not to let the numbers discourage us, but instead use them as a driving force toward shining a light on the conversation. Just like we disrupt the telecommunications industry, we’d like to disrupt the conversation about women in tech.

We teamed up with Women In Leadership Laurier and, based on our company’s challenges with attracting more female engineers, prepared a group case study question for the participants to answer and provide us with solid solutions. The winning team was invited to an office tour and complimentary lunch with company executives, as well as an interview for a summer internship at TextNow.

Their pitch leaned heavily on the various internship and recruitment opportunities we can open up in an effort to attract more female engineers. Among the recommendations were: using co-op programs as a low-risk, short term way to bring in female developers, with a focus on final year internships; extending our existing referral program to former co-op students who successfully refer a female student into TextNow for their last co-op term; and investing in more high school outreach through job shadowing opportunities.

While these may seem like obvious solutions, they also pointed toward easy initiatives we could undertake immediately that, surprisingly, were not so obvious to us. One of them was to consider TextNow’s About Us page and rearrange it so that the overwhelming initial onslaught of male faces isn’t intimidating potential new female hires. Another was to cease using recruiting platforms such as Stack Overflow, as a recent survey reported that just over 5% of registered users are female.

These limitations are not only hurting our own talent pool, but are a representation of a larger systemic issue when it comes to representing women in tech. On the day that the winning team visited our office for a tour and lunch, we sat down with them to discuss their views on the industry, and how we can propel the conversation even further to make meaningful changes.

‍TextNow: One of the issues we face with gender equality is that not enough women pursue an education/career in the field in the first place. How far back do we need to go in the lifespan of a young woman in order to encourage more women to pursue a career in computing?

‍Rhea: We need to start re-enforcing a generation for children of equality. We need to create more options for getting them more exposure to computing, such as an immersion style coding school programs. Ultimately, these types of programs should become standardized across all education levels, giving the equal opportunity for both boys and girls to learn about coding early on in school.

‍Harleen: This is definitely a systemic issue that starts from when girls are young. For example, teachers may unconsciously turn to boys when getting answers for math and science related questions which can be demotivating for girls who are raising their hands in class. Ultimately, we are all accountable and need to encourage girls to explore opportunities in STEM (Science, Technology, Engineering, Mathematics) at all stages of their life. It is never too late.

Luckily, there have been more and more programs introduced that are encouraging young women to participate in workshops and competitions in the field of technology, with programs such as Girls Who Code spread out across hundreds of campuses across the U.S. But more relevant to our own local interests, the Technovation Iridescent competition has been opened up to the Kitchener/Waterloo region for the first time this year, mentoring groups of girls through a 12-week program culminating in a pitch competition at the Kitchener Google headquarters.

The hope with these programs is that more women will receive the encouragement that they need to pursue an education in STEM. As Nazia notes, “the pool [of women available for hiring in the tech industry] keeps getting smaller because of women being turned away at a high school or university level due to bias.”

‍TextNow: When people talk about women in tech, do you initially think of engineers and developers? Are there stereotypes of the types of roles that women generally fill out in the tech industry?

‍Nazia: Women tend to be in client-facing roles since they are taught to be caring and nurturing from a young age. Their role models are mostly mothers or teachers who fulfill those roles, and so they look up to them and try to mimic them. So there is a stereotype of what roles a woman should be filling. My question is more of where do all the women go? What is happening between the women in school for computing and the actual roles that are being filled out?

That’s a question that was recently answered in a 2014 Huffington Post article, where a national longitudinal study, conducted by Nadya Fouad, PhD, and Romila Singh, PhD, of the University of Wisconsin-Milwaukee was discussed after surveying over 5,300 women who had graduated with an engineering degree to see what happens after they graduate.

Among the 38 percent of women who entered and subsequently left the field, 30 percent cited organizational climate, characterized by non-supportive supervisors or co-workers and general incivility, as a primary motivator. Nearly half left due to working conditions, like frequent travel, lack of advancement opportunities or low salary.

So the issue stands: it’s a systemic bias that we as an industry need to be mindful of, and eliminate wherever it’s propagated.

In the end, it’s conversations like these that will fuel the rising tide of change. As long as we keep striving for a constant improvement, then more and more women will be encouraged to join the conversation instead of being dismissed from it.

When asked about their prospects and hopes for entering the workforce, the three winners ultimately agreed upon one thing:

If you choose the right company, the right path, you will have a good work experience. Ultimately, you have to do it for yourself, and make sure to align your own values with the company.

And we couldn’t agree more. So if you’d like to see whether our values align with yours, check us out — we’ll be happy to get you in the door.