Some Things I’ve Learned About Women In Tech 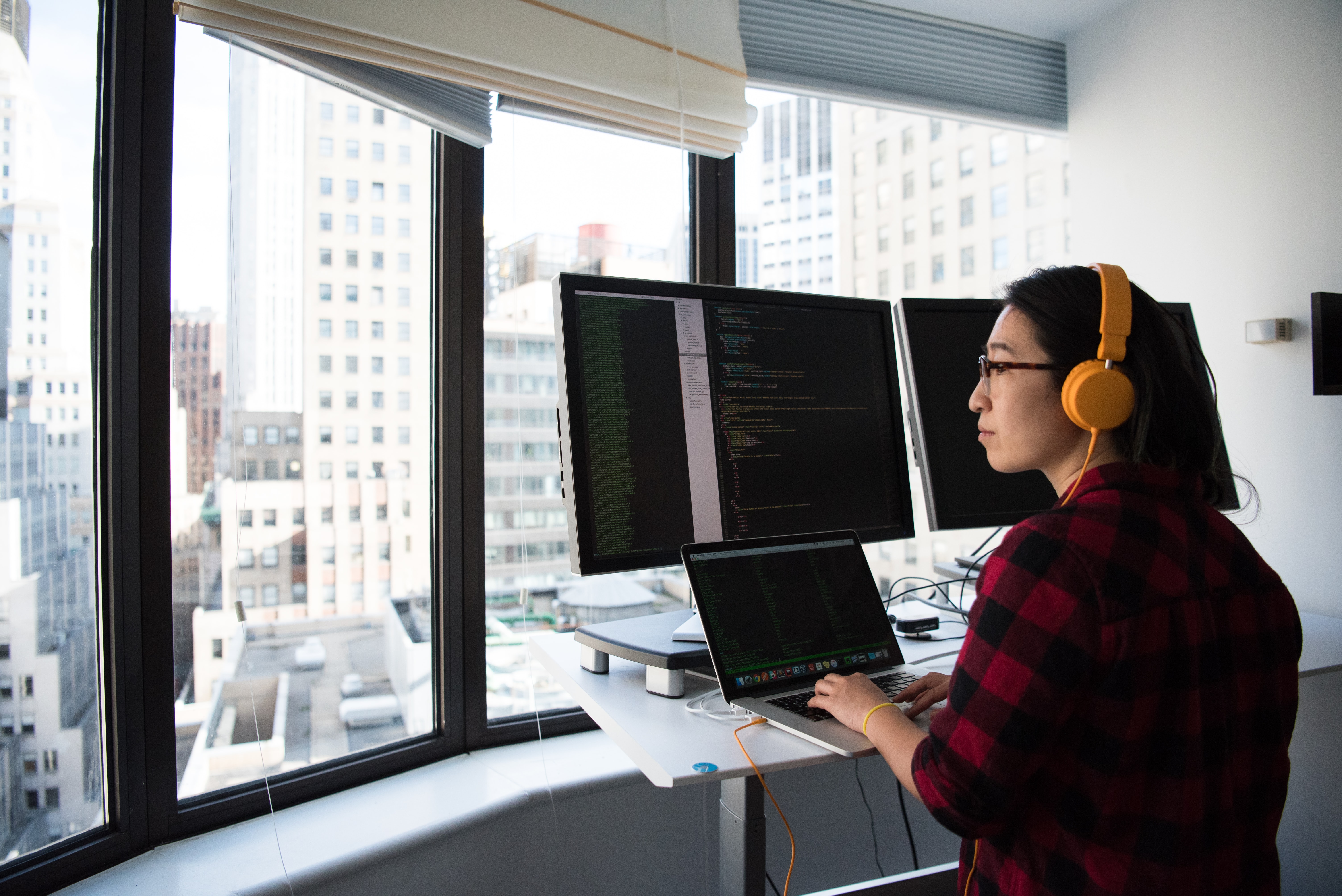 A version of this article originally appeared on Code Like A Girl, April 12, 2017. It is reprinted here with the kind permission of the author.

I have a confession to make.

In the past, I have mentally dismissed some women I’ve worked with that held non-technical roles as not being “women in tech.” I want to do better, because I’ve come to realize how much damage that attitude can cause — it’s hurtful to the people you work with, it’s hurtful to the relationships between co-workers, and it’s hurtful to the advancement of gender balance within tech companies.

Why the sudden change in my attitude? After a friend called me out on having my nose in the air about an ex-co-worker, I stopped and took stock. I can’t remember what I said specifically, and I know I hadn’t meant it unkindly…but it sure came out that way.

I come from a technical background: my Mom was a math teacher, my Dad was a Civil Engineering prof, and my sister’s a structural engineer. I have a bachelor of Computer Science from the University of New Brunswick, and I came to Waterloo to do a master’s in software architecture at UW. There’s a whole other post I could write about how I got to exactly where I am, but suffice it to say that I spent about 8 years as a full-time software developer before I got bored and decided to try something new. I’ve now been in “product” roles at 3 different companies over the course of several years, and along the way, partly through this transition, I’ve learned a few things.

You don’t have to be a developer to be a role model or mentor to other women in tech.

I first recognized this when a former employer organized a team building/employee appreciation event. We each had a sheet of paper tied to our back, and we wrote notes of appreciation on our co-workers’ backs. Several co-workers wrote nice things about me being a role model. One note said: Great role model. Glad to have experienced ladies @ Tulip. I don’t share this to brag about being a role model, but rather to acknowledge that until I’d read my notes, it hadn’t occurred to me that I was a role-model, especially to the women in technical roles at the company. It turns out that you don’t have to be a developer to be a role model or a mentor to other women in tech.

The experience of being a “woman in tech” isn’t limited to people in so-called technical roles.

Women who work for technology companies generally spend their days surrounded by men, regardless of their role, and all-too-often men in more senior positions. We’re working for men, we’re interviewing men, we’re hiring men, we’re escorting men from the building after firing them, we’re eating lunch with men, we’re traveling with men for work, we’re facilitating meetings with customers and end-users with men, we’re managing their projects, products, and releases. We’re trying to advance our careers while navigating the minefields that are men like Mike Pence.

Those of us who aren’t officially in highly technical roles, or that don’t have highly technical backgrounds, probably spend most days feeling even more out of place than those of us who are more technically inclined. These less technical women still have to interact with the rest of us and the rest of the (often mostly male) company. Someone can be in a part of the organization that has a slightly better ratio than one woman for every twenty men and still have the experience of being a woman in tech. The people organizing the event and setting up the conference booths can laugh with the rest of us over the unique joy of walking past a giant line outside of the men’s washroom to quickly dash in & out of the women’s facilities during a break between the keynotes at a tech conference.

Judging anyone by their title or appearance is bullshit…even when it’s yourself.

I had a sales clerk at a Bell store once try to caution me about purchasing an Android phone. The exact quote was, “Are you sure? That’s a really techie phone.” My husband took one look at the guy and said, “I think she can handle it.”

I had a different sales clerk once walk up to my then-boyfriend and I, while I was shopping for a new laptop, and literally say, “Can I help you, sir?”

A friend of mine was told she wasn’t technical enough to join a women in tech mentorship program. Of anyone I’ve ever met, she’s the quickest to pick up a technical concept, and explain it back in plain English. She’s also a really thoughtful sounding board for all types of topics. Such a missed opportunity.

A product designer once told me she’d heard something along the lines of, “Oh, you don’t have to worry, at least you’re in a field with more women.”

I could supply another four, or forty, or four hundred examples. I bet any woman who dares to step into a perceived “male” domain, like tech, could say the same.

A few years ago, my former employer aired a video at a user conference, showing off a new tool the company had acquired. This tool was supposed to make it easy to create a dashboard by dragging and dropping widgets. The video showed a “back-end developer” making the supporting infrastructure, before he handed it off to a woman — who was referred to, verbatim, in the video as “not a hardcore Java programmer” — to put together the dashboard.

I was bothered by this totally tone-deaf missed opportunity, and I said so to a couple of coworkers. I talked about submitting an anonymous comment to our (female) EVP of engineering, but my friends encouraged me to sign my name to the feedback in a direct email. I did. I got a nice response, thanking me for speaking up with a reminder that we needed to do better, and a promise that the input would be shared with the executive & marketing team.

I don’t know if anything meaningful ever came of that feedback, but I was reminded of that incident recently, when another opportunity to speak up presented itself. I’m not going to stop speaking up. Little things can become big things, if they aren’t stopped in their tracks. Maybe I’m the overly sensitive feminist snowflake who’s always complaining, but I think I can handle that label, if it makes for a better company culture and a better experience for other women in tech.

Ultimately, what have I learned? I recently witnessed a team of girls in Grade 6, with no coding experience, identify a problem in their community, brainstorm solutions, and take their idea through prototyping, coding, and testing, producing a fully functional app within five months. So the best lesson I learned is: Never underestimate the people around you.

To all the women in tech that I’ve had the honour to work with, whether you’re an office manager, visual designer, marketer, human resources leader, trainer, project manager, team lead, technical writer, salesperson, or you handle deliveries and answer the phone: Thank you for everything you do as a woman in tech.

To all the women in the more explicitly technical positions: let’s check our own biases before we hurt someone. Integrating more women into technical positions won’t happen overnight, but it will happen a lot faster if we all have each other’s backs.

Interested in helping TextNow keep on growing? Wanna join one of the best teams in tech? Check out our job listings and come be part of TextNow!