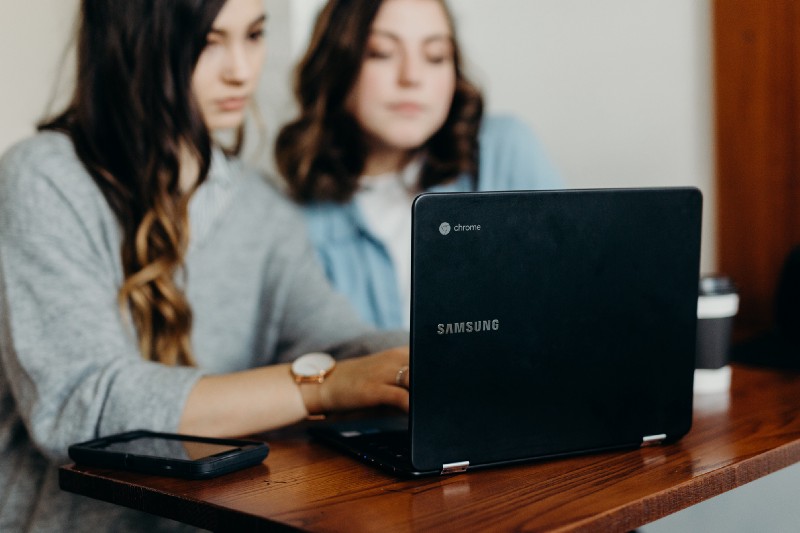 It’s no secret that one of the goals of local organizations like Code Like A Girl and Technovation Iridescent is to encourage the involvement of more young women in STEM fields.

This year, the international Technovation Iridescent program reached out to Joanne Atlee, a professor and director of the Women in Computer Science program at the UW, to open up the Technovation program to the Kitchener-Waterloo region for the first time.

During this 12-week program, groups of girls ranging from ages 10–18 (divided into Junior or Senior groups) pair up with one or more mentors to assist them throughout their journey. During this time, the team must identify a problem, develop a mobile app that solves the problem, write a business plan and make a pitch to a panel of judges at the regional pitch competition, which this year was hosted at University Of Waterloo’s Federation Hall.

Answering the call of filling that mentor role is our very own Product Manager, Kristina Taylor. After looking at her profile online, the team “Girl Power!” (consisting of Cadence Knight, Layla Boutaba, and Elaine Wen) invited Kristina, along with Tricia Mumby to become their mentors — a gesture that was quickly and happily accepted.

With the first challenge of picking a mentor over, the next step of finding a real-world problem was upon them. Instead of looking outward, the girls realized that the answer was right under their noses — an app that would help eradicate the public-health issue of hypodermic needles left on the ground of local public spaces and parks. The app would work by notifying users of the location of harmful needles in their area, with the use of precise GPS location. It will also allow for users to report any needles they find, so administrators (such as health organizations) can easily find them for cleanup programs.

Over the course of the next 12 weeks, the “Girl Power!” team worked on developing their app Needle Notice, with the help of the MIT App Inventor, a building block-based programming language for mobile development, similar to Scratch for web development. And with the help of TextNow, they (along with all of the Waterloo Region teams) had the opportunity to run their apps on real Android phones, as part of our 100 phone donation to the program.

During this process, Kristina Taylor has lent her time and expertise once a week to ensure that the project remains on track, as well as assist with any technical obstacles. We sat down with Kristina prior to the regional pitch competition, and found out more about what it’s like to mentor young girls who are just dipping their feet in their first STEM waters:

‍TextNow: How has it been so far?What were the biggest challenges that you have had as a mentor?

‍Kristina: It’s been rewarding in terms of seeing them execute on their ideas. The biggest challenges tended to be finding time to meet, as these are busy girls enrolled in many other extracurriculars. They’re also really enthusiastic about a lot of things, so keeping them focused was fun!

‍TextNow: What was the most useful or helpful workshop that they’ve attended so far?

‍Kristina: The user testing workshop held at SAP. There were key UX experts who helped them understand how to map out the user experience, and conduct goal-oriented user testing, which they used to get some great feedback about how someone unfamiliar with their app might perceive it.

‍TextNow: What important lessons do you think have been taught so far? Both from the girls’ perspective and a mentor’s perspective?

‍Kristina: To some extent, they’ve learned a little more about how much non-code goes into developing software. Having a specific targeted problem to solve has made them more interested in coding than before. Working through this project, they’ve all naturally spread out into different areas of STEM (code, graphic design, media relations), broadening their views of the field as a whole.The biggest thing I’ve learned is not to underestimate people and their capabilities. It’s something that I’ve wanted to take to inspire the CivicTechWR that I run - if you focus on a problem you care about, and work through it to completion, you’ll be more engaged and get better results.

‍TextNow: What are you hoping for the girls when this is all over with? (Other than winning, of course)

‍Kristina: I hope that these girls will keep coding, changing their attitudes from “I can’t” to “I don’t know how, yet”, encouraging them to learn better coding methods, and expand their experience.

Since then, the team “Girl Power!” has pitched their app in the regional competition, finishing second in their heat. When asked about what they’re most proud of accomplishing, the girls unanimously agreed it is producing an app that works in real-time — being able to see the direct results of the code they’ve built is a source of pride for them all.

Being a part of the technology sector is no longer an intimidating prospect with a high entry barrier. The sophistication of the tools built to assist developers, along with the range of non-technical positions available, should encourage more young students to pursue careers in the field. But half the battle is simply erasing the stigma of software careers as being difficult, exclusive, or consisting only of engineering knowledge.

With programs like Technovation Iridescent, we can start erasing this stigma from a young age, encouraging more girls (and boys alike) to take interest in STEM fields, and continue forging the path for innovation for generations to come.